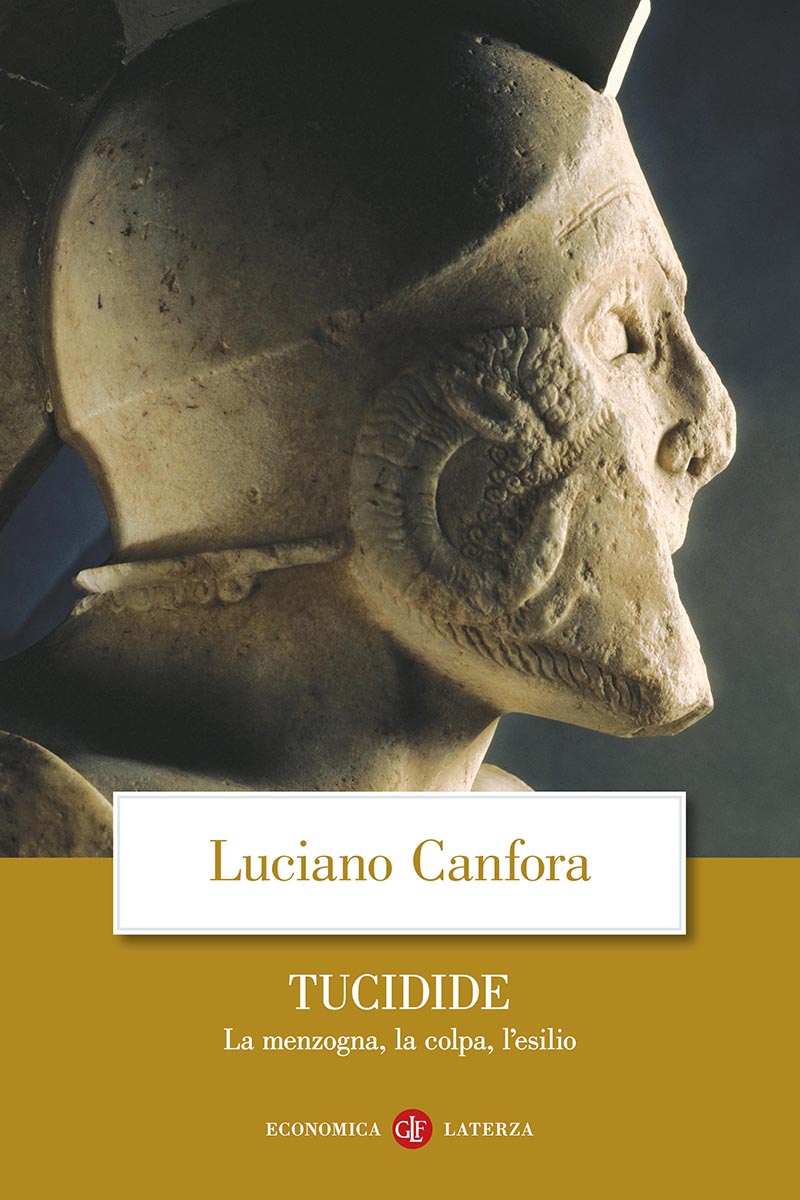 Who was Thucydides? A courageous general punished by incensed, deranged Athenians or a liar who knowingly covered up his responsibilities?
Luciano Canfora deconstructs the Thucydidean myth in order to describe anew the man and destiny of the general dubbed by posterity the father of scientific history.


“Of all the ancient history that has survived, the work of Thucydides the Athenian is alone in recording almost exclusively contemporary – and as he claims – witnessed, verified events.”
Thucydides – an Athenian politician, military commander and owner of goldmines occupied by Athens in Thrace – was the key witness and narrator of the ‘great war’ between Athens and Sparta (431-404 BC): a terrible conflict marking the beginning of the decline of Classical Greece. Thucydides was no lover of democracy but he did know how to coexist with the centuries-old democratic regime up to the moment when, in 411 BC, a bloody coup d’état brought his oligarchic friends to power. What happened at that point to Thucydides? Did he side with the oligarchy? Was he forced to retreat upon the collapse of the short-lived oligarchical government? What is certain is that precisely coinciding with the events of that terrible 411 BC, his History – the daily account of the long war between Sparta and Athens – was abruptly broken off.
This coincidence is the starting point and perhaps the key for understanding his true personal history, obscured by layers of mythology that have at times transformed him into incompetent liar, at others into the victim of a colossal, inexplicable injustice, culminating in an improbable death sentence.