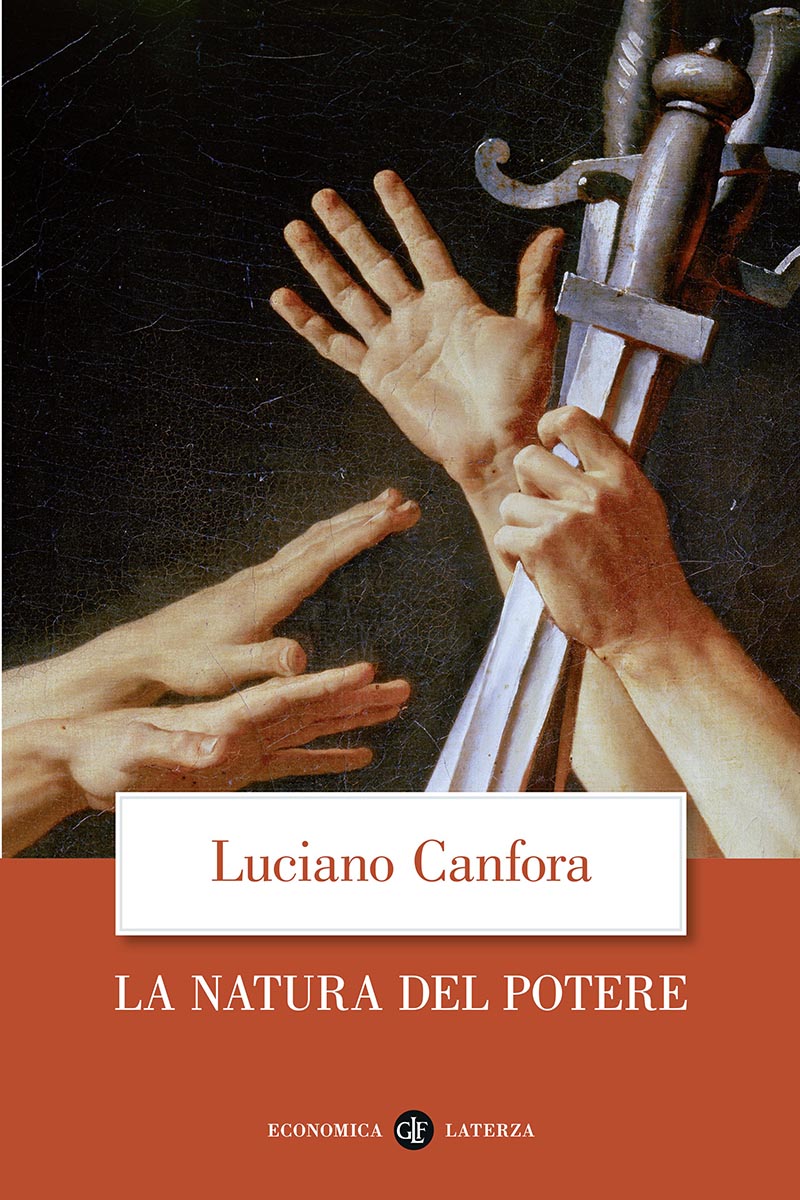 “Penetrating as a sword, Canfora demonstrates how the truth of politics is increasingly complex, even when dominated by ironclad laws.”
Liberal

”The book has the merit of stimulating research into the deep roots of an ultimately static concept of the phenomenology of power. But the corrosive irony of Canfora’s words presents a desolate picture of the current situation.”
Left

”In the era of anti-politics, one antidote against the prevailing trend is to re-examine in a realistic key the original traits of power. So much the better if this is done in an ironic and, at the same time, highly-cultured style as in the best tradition of classical Italian theory.”
Il Mattino

“Something has gone wrong. Universal suffrage, finally achieved (some beforehand, some after, in Italy after almost everyone else), has increasingly deluded its champions and has failed to achieve its anticipated effects. The ballot boxes have become an instrument for legitimizing imbalances, the political elite, almost immortal politicians — no matter how diversified and how divided internally. And if the real power were elsewhere?”

Canfora insinuates more than one doubt about the various guises of power: the domain of a select few which, however, does not exist unless it creates consensus, remaining, of course, a dominion to all effects.