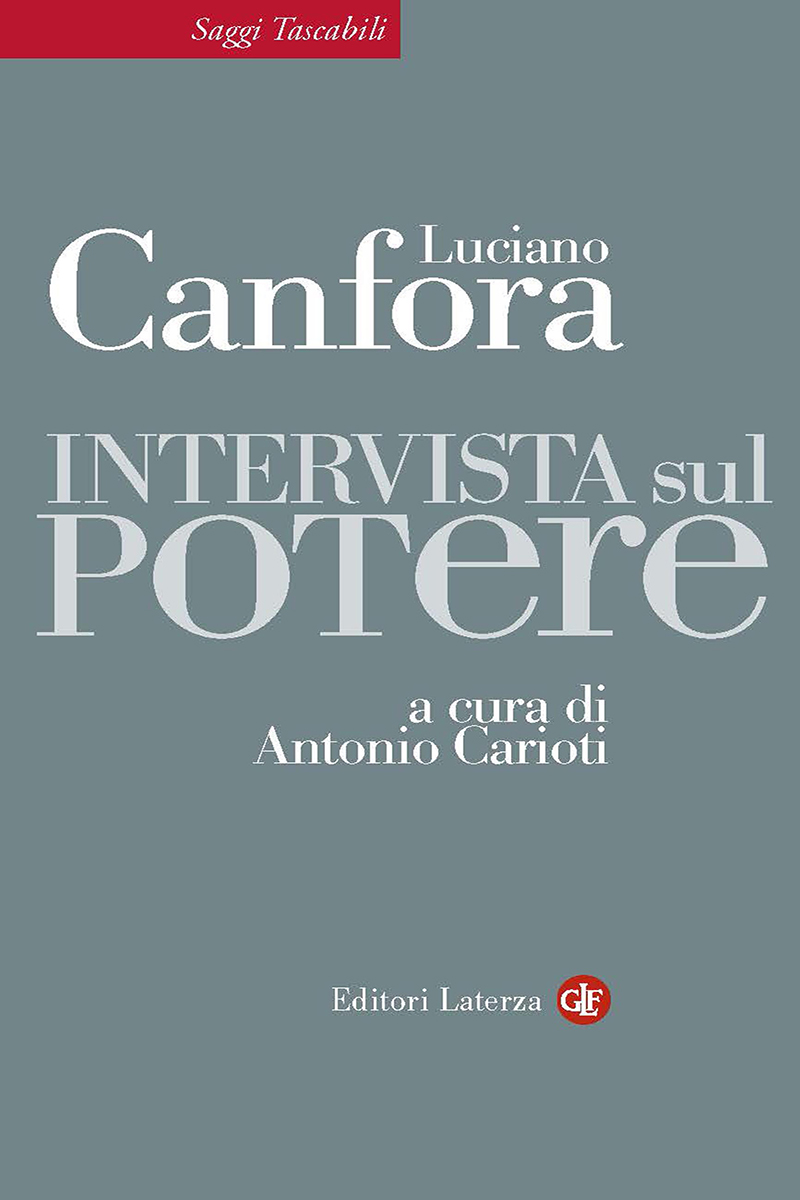 How can we right a political system cut adrift, in which the substance of elective democracy is slowly being replaced by to a deeply alarming oligarchic degeneration?

From antiquity to the present day, the problem of power and of its legitimization has been at the centre of historical debate. Luciano Canfora addresses the most complex and controversial issues, moving from the classical world to the current crisis of representative democracy and the growing influence of a financial and technocratic elite.
The nexus between war and politics, the East-West conflict, the relationship between religion and power, the significance and limits of the French and Soviet revolutions, the dialectic between economic freedom and social justice – these are the main themes of a fast-paced and vivacious dialogue.
Canfora deploys his vast knowledge of antiquity to examine the differences between Sparta and Athens, Rome’s evolution from Republic to Empire, the question of slavery, the transition from paganism to Christianity, but also his passion as an intellectual committed to combating the clichés of militant free-tradism.