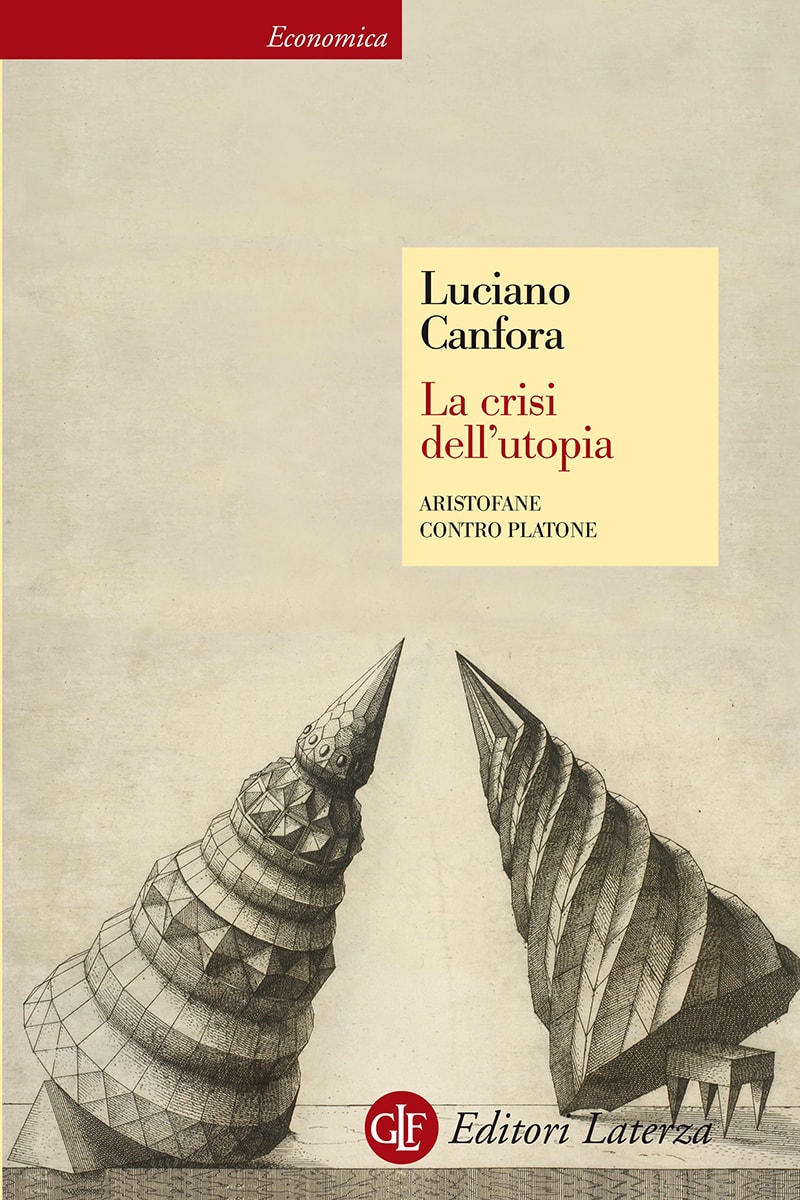 This book has as its centrepiece a comedy by Aristophanes, the comic playwright of ancient Athens who perhaps more than any other has resisted facile interpretation and party-political categorization. The comedy Assemblywomen lampoons a radical plan to reform society that finds surprisingly clear echoes in the most audacious pages of Plato’s Republic…

Do failures destroy utopia or is utopia a moral imperative that exists beyond failure? And does the all-too-easy demonization of utopia not risk becoming a pretext for the eternal reinforcement of conservatism and injustice?

In the comedy Assemblywomen (circa 380 BC) Aristophanes pillories the notion of a communist utopia. Disguised as men, the women of Athens succeed in convincing the assembly to vote in favour of sharing all their goods…even the women themselves and – surprisingly – the men too, in order not to discriminate against ugly women! The outcome is a ridiculous situation, one in which a handsome boy finds himself obliged – by law – to sleep with three harridans before he can be with his beloved.
Canfora takes the comedy as a starting point to analyze a paradigmatic conflict concerning utopia: that between Aristophanes’ comedy and Plato’s philosophy. The former ridicules the idea that riches and sexual relations can be shared; the latter makes utopia the subject of one of his most famous dialogues in The Republic.
In time the controversy surrounding utopia will become a defining theme in the history of the West. Thinkers and writers of every persuasion – Aristotle, Tommaso Campanella, Jonathan Swift and Friedrich Engels, to name a few – will devote themselves to imagining more equitable and fortunate worlds or to harshly criticising utopia, considering it illusory or, worse again, a mystification of reality.
What then is utopia? Is it truly the projection of an impossible world? And must we consider utopian those who insist on believing in the possibility of radical change?