This is a vital guide to the life of Dante, a poet equal to Homer and Shakespeare, says AN Wilson

William Gladstone is not known for his jokes, but he was a learned amateur Dante scholar, and his essay arguing the case for Dante having studied at Oxford University still repays rereading. Of course, he did not mean it to be taken seriously, but it was written from the viewpoint of a man who had read everything there was to read around the subject. He argued that Dante never normally mentions rivers in the Divine Comedy unless he has seen them, and that the allusions to the Thames in the great poem must lead us to suppose that he once visited the Home of Lost Causes.

The point behind the Gladstonian joke is that Dante (1265-1321) tantalises biographers. So much of his work is about himself, so many of the references in the Divine Comedy and his other works can be verified, or checked, by reference to contemporary sources. Did he, for example, after his exile from Florence, go to Paris to study philosophy and theology as the 14th century biographer Boccaccio attests? (It was Boccaccio who applied the epithet Divine to the work known to Dante simply as his Comedy — Comedy, not because it was intended as a medieval equivalent of PG Wodehouse, but because it is the reverse of tragic, it ends with a journey to Paradise and a vision of the ineffable.) 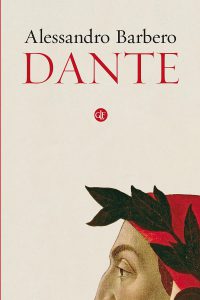 Dante draws on the long tradition of unreliable autobiography that could be said to begin with St Augustine’s Confessions. Dante tells us that he met Beatrice Portinari when he was nine and she was eight. The Beatrice of his dreams and poems, celebrated in La Vita Nuova (1294) and above all in the Divine Comedy, might have been this little girl, as Boccaccio tells us she was — who grew up and married a man called Simone dei Bardi and died in her twenties. But there is no proof that Dante’s Beatrice was this girl — and in the poetry she is so elevated and symbolic that she could just as well have been anyone.

There is no Gladstonian whimsy about Alessandro Barbero’s sober book, which sticks firmly to what can be known. It is difficult to imagine anyone seriously interested in Dante who will not want to own this book, because it weighs all the sources. It traces who Dante’s family were. They were prosperous, but not as aristocratic as he would have liked to suggest; they were mercantile, moneylending folk.

The poet aspired to knightly status. Barbero believes that he fought at the Battle of Campaldino in 1289, on the side of the Florentine Guelphs against the Ghibellines of Arezzo. The only source we have for this is Leonardo Bruni. The point, though, is Dante wanted us to think that he had been at this battle — “I have before now seen horsemen moving camp,” as he says in Inferno 22 — because he wants us to think he was of a knightly caste, rather than being the son of a moneylender. Dante was a poet who had a fervent political ambition, becoming a member of the various councils that administered the Republic of Florence, and became a prior, in effect a joint prime minister of the republic.

Florence, remember, was one of the largest cities in Europe in Dante’s day. The florin, its currency, was the one reliable coinage in Europe, which gave it huge prestige and political power. The very word “banco” (bench), is the object of furniture on which Florentines sat to lend and authenticate coinage to the popes, kings and potentates of the Continent. Dante’s frequent complaints that his native city had degenerated into a mere marketplace did not stop him, as Barbero shows, from accumulating a fortune himself, although his sense of his noble ancestry enables him to obscure, or actually fib about, the extent of his family’s involvement with banking and moneylending.

Barbero is a solid, reliable guide to the complex story of internecine Tuscan rivalries. Most readers of Dante will be aware that the Guelphs supported the Pope and the Guibellines the Holy Roman Emperor in their rivalries for dominance in European realpolitik. A general reader who starts to wonder about the difference between the White Guelphs and the Black Guelphs, and the mafia-style warfare in Florence between the separate factions, will definitely need some help, and this is patiently, coolly and wisely given here.

These rivalries rose to a head towards the close of the 13th century, when Dante, as prior of the city, was 35, in what the opening of his famous poem calls “the middle of the journey of our life”. When Pope Boniface VIII asked the Florentines to supply him with men for his mercenary army, Dante was among those who spoke out against this. It counted against him. A little while later the Black Guelphs used this as the occasion for a ruthless putsch.

Dante and the other White Guelphs were driven out of Florence; their property was confiscated. Dante spent the last two decades of his life in exile, learning. After his exile, the documentation for Dante becomes much more sparse, but Barbero escorts us from the various aristocratic houses where he took refuge — with the Malaspina family in the Appenines, with the Della Scala in Verona, before settling in Ravenna and completing the Divine Comedy, which is such a curious blend of malice, hate, paranoia, mystic piety, love, wit, the scabrous, the spiritual.

We have to take Dante’s word for it that he was not guilty of the offences for which he was sent into exile — corruption and selling political offices. We can note from his writings that he changed his mind a great deal, beginning as a fervent Guelph, a supporter of the Pope, and ending as a sort of proto-fascistic worshipper of the emperor Henry VII, whom he implored to invade Italy, massacring the inhabitants as he did so, not sparing old women or children. As the Divine Comedy shows, Dante was not a sweetie pie. He was a product of his violent times and the belief that love moved the sun and other stars did not stop him cruelly imagining the physical torments of his enemies in hell.

So frequent are the references to actual people and actual events in his life that we need an accurate historian to escort us through the maze of fact and fiction. Barbero’s book, then, will be essential reading for anyone wanting to know the bare bones of Dante’s earthly pilgrimage.

This book begins by explaining that Dante and Shakespeare have been seen, next to Homer, as among the greatest of European poets, but Barbero admits that it will not tell you why. If you want a book that explains how Dante transformed the raw material of his life experience into the Divine Comedy, this is not it.

If you have not read the Comedy, you are in the position of someone who has never heard Bach’s St Matthew Passion, or seen Rome or Istanbul. You are missing out on something mind-blowingly stupendous. Buy a copy, preferably a parallel text such as Robin Kirkpatrick’s Penguin edition. When you have begun to realise that this poem is, among other things, the autobiography of a catastrophic political failure, who is shocked by the condition of the medieval church but who is also on a spiritual quest, you will want to know the facts.

How reliable is Dante’s version of the actual historical circumstances in which he lived? That is the moment when you reach for Barbero, and you will not find a better guide.