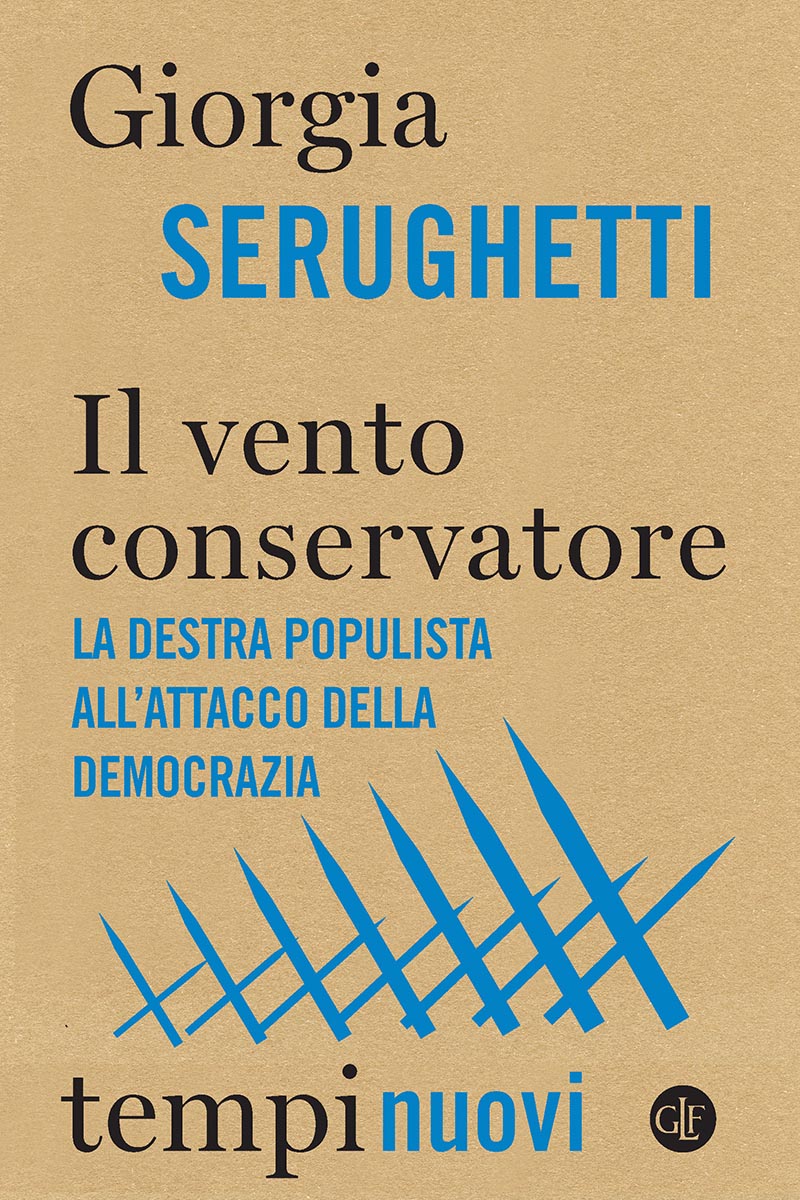 The right-wing parties have been able to intercept the unease of the classes that pay the most for the consequences of capitalism and have succeeded in convincing them that the solution to their problems does not lie in a change in economic relations, but in the defence of traditional values. An important book to understand the success (and the danger) of right-wing populism.

Giorgia Serughetti rigorously reconstructs the ideology and actions of right-wing populist parties over a wide arc that goes from Italy to France, Eastern Europe and the United States, offering an original and radical interpretative key. A book that is a cause for discussion, not least because of its criticism of the left for having abandoned the issue of social rights.

In a world increasingly gripped by economic insecurity and uncertainty about the future, the conservative wind is rising. Political parties and movements are growing, reassuring their electorates by showing hostility to social equality, to the acceptance of foreigners, to the rights of women and sexual minorities, and undermining the founding values of our democracies.

Since the Second World War, extraordinary results have been achieved in defence of democratic inclusion. Today there is a conservative wind blowing in the opposite direction, the origin of which is to be found in other processes that the twentieth century has triggered: from the deregulation of the economy to the ideology of competitive individualism.

The leaders of the populist extreme right wing owe their success to their promise to protect the 'silent majorities' of their countries from the feelings of insecurity and disorientation induced by the dynamics of the economy. In response, however, they do not offer redistributive recipes against growing inequalities. Rather, they appeal to national, ethnic, religious or sexual identity, defending 'natives' against foreigners and the 'traditional' family against new models of emotional life and relations.

This book proposes an original interpretation that brings together the crisis of the neo-liberal order, also highlighted by the planetary catastrophe of the pandemic, and the advance of anti-egalitarian and authoritarian political projects.

Giorgia Serughetti is a researcher in Political Philosophy at the Department of Sociology and Social Research of the University of Milan-Bicocca. She works on gender and political theory and is a columnist for the daily newspaper "Domani". Her publications include: Chiedo asilo. Being a refugee in Italy (with M. Calloni and S. Marras, Egea 2012); Uomini che pagano le donne. From the street to the web, clients in the contemporary sex market (Ediesse 2013); Libere tutte. Dall'aborto al velo, donne del nuovo millennio (with C. D'Elia, Minimum Fax 2017); Democratizzare la cura / Curare la democrazia (Nottetempo 2020).