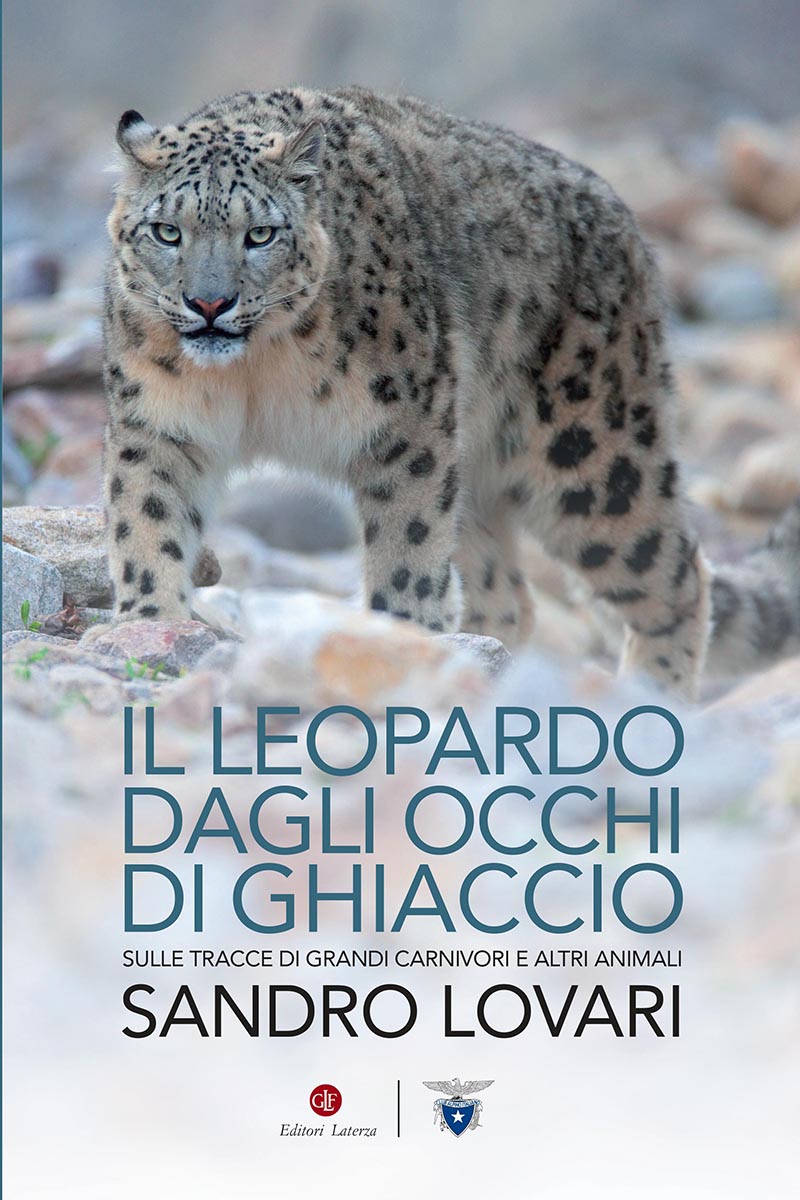 The Icy Glare of the Leopard. On the trail of large carnivores and other animals

The snow leopard is not only a rare feline with eyes the colour of ice, living in the steep, frozen mountains of Karakorum, the Himalayas and the Tibetan plateaux; it is also a transcendent and mysterious symbol of Asia, transformed by the Buddhist religion into a messenger from the gods. Struck by the charm of this ghost that haunts the impassable Asian mountains, internationally renowned ethologist Sandro Lovari spent a decade studying the snow leopards’ ecology and behaviour, following their tracks from Mount Everest in Nepal to Central Karakoram National Park in Pakistan, uncovering enigmatic elements in the life of this magnificent cat, from its prey to its relationship with the local human populations. The author’s adventure stories from studying this incredible animal serve as a springboard for addressing the issue of coexistence between species, from the tiger to the common leopard, from the Asian elephant to the Tibetan wolf, and the inevitable conflict with humans. Around a quarter of mammal species are at risk of extinction in the near future: the time has come to speed up our collection of data about them, so that we can intervene quickly to offer the appropriate protection and management. With gentle irony and humour, Lovari describes the thousands of difficulties that characterise any scientific mission conducted into the wild, especially in remote and adventurous locations. All this draws the reader in, making them feel like a companion on the author’s travels, in contact with nature and the planet’s wildest habitats.

Sandro Lovari is Italy’s greatest ethologist, famous around the world for his study of large carnivores: tigers, leopards, wolves and foxes. He has undertaken research at the universities of Cambridge, Groningen, Stockholm and Zilina, and lectured in Zoology at the University of Siena and other Italian universities. He is currently emeritus professor at the National History Museum of Maremma. He collaborates with the University of Beijing on research on Tibetan mammals, including the snow leopard.